The Most Popular Hot Tub Sizes and Spa Dimensions 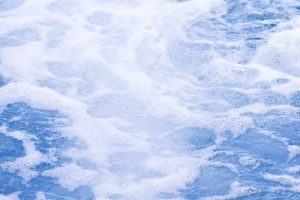 Whether you’ve been a hot tub owner for years or are a first-time buyer, there’s one question you need to ask yourself when shopping for a new spa: what size is right for me?

To help you find an answer, we’re highlighting some of the most popular hot tub sizes and spa dimensions.

Read on to find out what your fellow hot tub buyers are choosing.

When you think of a hot tub, you likely think of four or more people soaking in a large spa.

However, the truth is that smaller two-person hot tubs are some of the most popular on the market.

In fact, a 2009 customer survey from the PoolAndSpa site titled, “What Americans Really Want in Hot Tubs,”  69.5 percent of people report that on average, only two people use their hot tub at once:

Here are some other reasons why two-person hot tubs are so popular:

Two-person hot tubs don’t skimp on features, either. Just take a look at the Plug & Power PP31 model shown above to see for yourself. With thirty-one powerful stainless steel jets, full foam insulation, perimeter LED lights and more, owners of this spa aren’t missing out on any amenities.

According to the survey cited above, 13.5 percent of consumers report that three to four people regularly use their hot tub at once. So, it follows that three- to four-person spas are nearly as popular as two-person spas .

This is why people love three- to four-person hot tubs so much:

The Dr. Wellness G-100 Tranquility Spa pictured above is a fantastic example. With 30 black and chrome jets, an included Bluetooth audio system, a waterfall and a built-in ozonator, this four-person hot tub leaves nothing to be desired.

The G-100 in particular measures 6.6 feet by 5.83 feet, meaning it can comfortably fit in most backyards.

Hot Tubs for Five or More

For buyers who plan on enjoying their hot tub with a large group of people, a spa that seats at least five people is a must-have.

Spas of this size are typically quite large, so they’re best suited to bigger backyards.

Customers who purchase hot tubs for five or more people are typically attracted to these benefits:

The Catalina Luxury Berkshire pictured above is a prime example of a premium six-person spa. It’s equipped with 57 stainless and lighted jets, a built-in UV sanitizer and ozonator, extra-durable materials, plenty of LED lighting and much more.

The Berkshire measures 7.67 feet by 7.67 feet, making it ideal for large backyards with plenty of free space.

The hot tub size you end up getting ultimately depends on your needs and preferences. With the help of this article, you’ll be able to make an informed decision and purchase a hot tub you’ll love for years to come.