Saunas or Steam Rooms: Which One is Best? 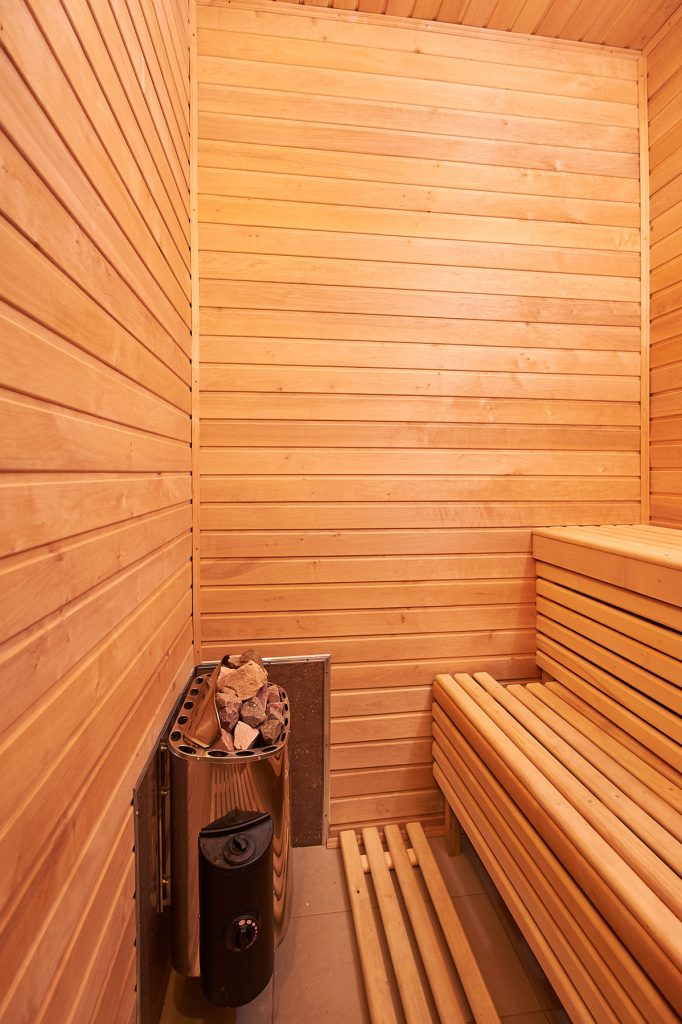 Both can warm you up even on the coldest of days, provide a relaxing escape from the outside world and relax your aching muscles. With all that in common, how are saunas and steam rooms any different, and which one is best for you?

The biggest difference between saunas and steam rooms is that saunas produce dry heat while steam rooms produce wet heat.

Here, we’ll explore what that means and help you find out whether a sauna or steam room is the right choice for you.

Saunas originated thousands of years ago in the Scandinavian country of Finland. Although Finnish saunas are created by pouring water on top of hot rocks, they still aren’t considered steam rooms, since the level of humidity they generate is relatively low.

Today, saunas are typically equipped with ceramic or carbon fiber heaters that generate infrared heat, although some saunas may still use the traditional combination of water and hot rocks. The humidity level in saunas is usually between five and 15 percent.

Steam rooms, on the other hand, create extremely high levels of humidity. The ancient Greeks and Romans first created enclosed steam rooms by erecting bathhouses around pools heated by furnaces.

Today, steam rooms have steam pumped directly into them by a specialized piece of machinery called a steam generator. In steam rooms, the humidity level is at or near 100 percent.

That difference in humidity also leads to a difference in temperature. Typically, the peak temperature in a sauna ranges from 158℉ to 212℉. To understand how hot that is, keep in mind that water boils at 212℉. However, since the air isn’t humid, your body will be able to keep you cool by sweating.

By contrast, the peak temperature in a steam room generally ranges from 110℉ to 115℉. Because sweat can’t evaporate in 100% humidity, most people find that steam rooms feel just as hot or hotter than saunas.

What are the Benefits of Saunas and Steam Rooms?

Both saunas and steam rooms share a variety of benefits. Here are a few of the most compelling:

There are some slight differences in benefits, too. Steam rooms particularly excel at promoting healthy skin.

Since steam softens the skin, this can make it easier for topical products to penetrate the skin’s outer layer. According to a 2004 study published in the journal Anesthesia and Analgesia, “Warm Steaming Enhances the Topical Anesthetic Effect of Lidocaine,” found that steam increases the efficacy of lidocaine, a topical anesthetic.

This may indicate that other topically applied products, such as creams and serums, may be able to better enter the skin after a steam room session has been applied.

To learn more about the benefits of saunas, take a look at our article on sauna benefits.

Is a Sauna or a Steam Room Better for You?

For most people, the choice between a sauna and a steam room comes down to personal preference.

● You like the feeling of dry heat more than the feeling of wet heat.
● You can tolerate temperatures of up to 212℉.
● You don’t want to deal with the mold and mildew that can easily accumulate in steam rooms.

● You like the feeling of wet heat more than the feeling of dry heat.
● You can’t tolerate temperatures over 115℉.
● You’re looking for a treatment that can help improve symptoms of asthma, bronchitis or coughing better than a sauna.

In the end, both saunas and steam rooms come with a slew of benefits that nearly anyone can enjoy. No matter which option will choose, you’re sure to enjoy the relaxation, pain relief and various health benefits that both can provide.