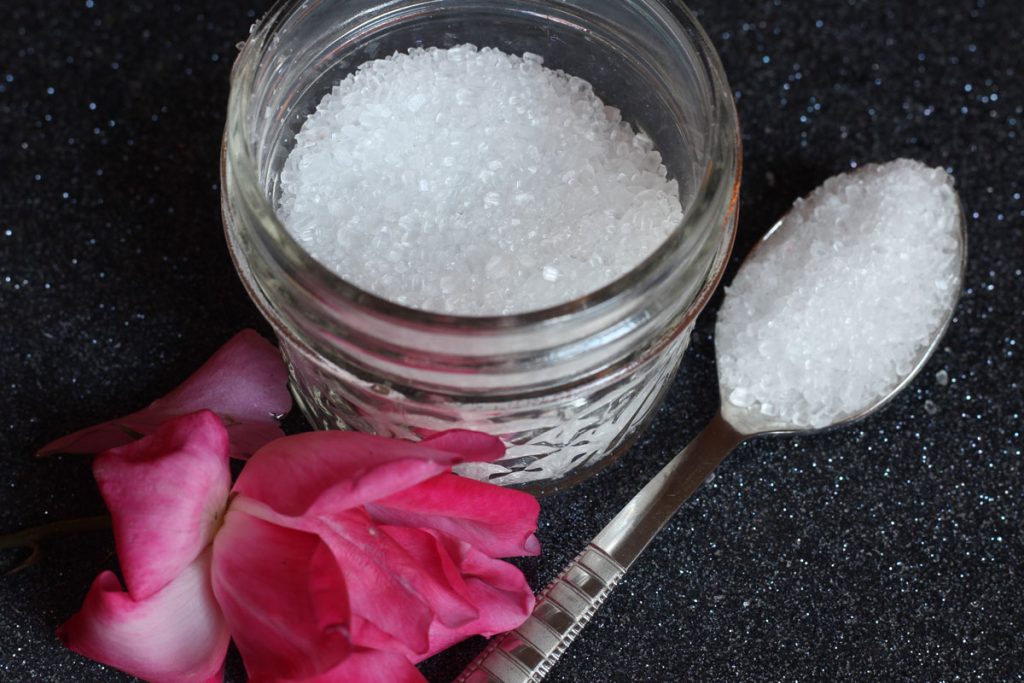 First named in the 17th century after the town of Epsom, England, the Epsom salt bath has been used to treat a variety of ailments ever since.

In fact, it’s able to both relieve asthma attacks and help crops grow stronger and healthier.

Let’s find out more about what Epsom salts can do for you.

What Is Epsom Salt?

Before we dive into the benefits of Epsom salt baths, let’s briefly go over what Epsom salt is, exactly.

According to the Royal Society of Chemistry, Epsom salt was discovered in England in the summer of 1618 by a cowherd named Henry Wicker. While walking his herd, Wicker noticed a pool of water from which the cows refused to drink. Given that England was experiencing a drought, this was unusual enough to warrant further investigation.

It was soon discovered that the mysterious water came from an underground spring and contained a high concentration of magnesium sulfate, which proved to be an effective laxative.

Word of its laxative properties quickly spread, and people began traveling to the town of Epsom to drink and bathe in it.

In the centuries since a variety of other uses for Epsom salt have been discovered. Epsom salt benefits include: 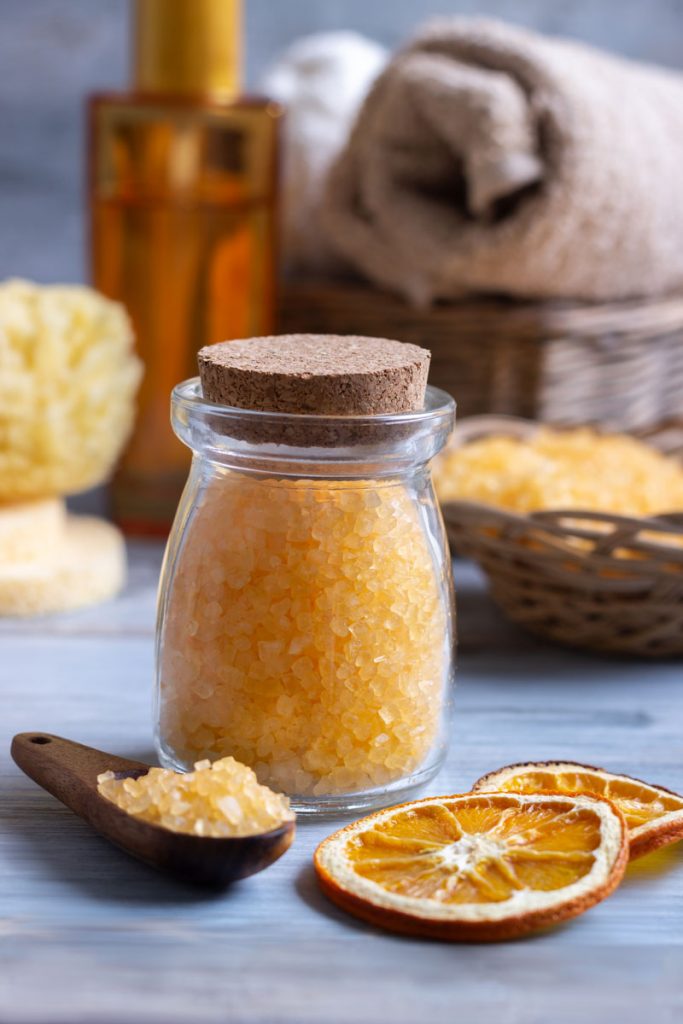 Now that you have a better understanding of what Epsom salt is and where it comes from, let’s dig into the benefits it can provide when used in a bath.

In 2005, a study, “Bathing in a magnesium-rich Dead Sea salt solution improves skin barrier function, enhances skin hydration, and reduces inflammation in atopic dry skin,” was published in the International Journal of Dermatology.

It found that Dead Sea salt — which, like Epsom salt, contains high levels of magnesium — improved the symptoms of subjects with inflammatory skin conditions.

Knowing this, it makes sense that Epsom salt baths are frequently recommended for those suffering from conditions like eczema and psoriasis.

As we mentioned above, Epsom salt baths are known to improve skin hydration. This is because Epsom salt is a humectant, thanks to the magnesium it contains.

Simply put, humectants are substances that aid in moisture retention. They do so by drawing in water from both the air and deeper layers of the skin, thus making the top layer of skin softer and better-moisturized. Other common humectants include honey, glycerin and vitamin B₅.

To ensure that you continue to reap the benefits of Epsom salt’s humectant properties long after your bath, make sure to apply a lotion or cream that includes an oily substance (such as lanolin, mineral oil or petrolatum) as soon as you step out. These substances are known as occlusives, and serve to prevent your skin’s moisture from evaporating into the air.

While you should always consult with your doctor and/or dermatologist before taking an Epsom salt bath with a deep, infected or serious wound, Epsom salt can help treat minor and superficial wounds such as ingrown toenails and splinters.

This is thanks to Epsom salt’s anti-inflammatory and skin-softening properties. If you’ve ever had an ingrown toenail or splinter, you know that the swelling and inflammation they can be far more painful than the sharp edges of the toenail or splinter themselves.

By soaking the affected area in an Epsom salt bath, you can effectively reduce swelling, redness and inflammation while simultaneously moisturizing and softening the skin.

Together, these two effects make it much easier to remove the toenail or splinter in question with minimal pain.

4. Give Bathwater a Smooth, Silky Feel

Upon stepping into an Epsom salt bath, you may notice that the water feels smoother, silkier and more slippery than usual. This is because the positive charge of Epsom salt’s sodium counteracts the negative charge of the magnesium both in the Epsom salt itself and in the water coming from your faucet.

In short, Epsom salt acts as an instant water softener. While hard water makes it difficult for soap to lather and leaves a film of soap scum on the skin, soft water helps soap easily lather and leaves no soapy residue behind.

Best of all, soft, sodium-rich water feels velvety and silky, making for a more luxurious and relaxing bathing experience.

It’s no secret that salty water is easier to float in: The Dead Sea, which has a salinity of about 34 percent — that’s approximately 10 times as salty as the ocean, is so buoyant that it can be difficult for swimmers to dive below its surface. Such salty water is more buoyant because it’s denser than less salty water, meaning it can easily support more weight.

While it’s unlikely that you’ll ever take a home bath that contains 34 percent Epsom salt, any amount will still help you float better than plain tap water. The more you add, the more you’ll float.

Why would you want to be able to float more easily? The most attractive benefit for many is that with better flotation comes better pain relief. If you have sore muscles, stiff joints or arthritis, less weight placed on your pain points means less pain.

Plus, being more buoyant makes it easier to relax, whether you have muscle and joint pain or not.

Given that Epsom salt is cheap, safe and available at almost every drugstore, there’s no reason not to try an Epsom salt bath. You’re sure to enjoy its soothing, moisturizing and calming effects, as have countless people for centuries yet.